I thought I was over with diabetes for quite some time, but a new paper emerged in Nature Medicine regarding a digital biomarker for it. Yep, a first for me as well. More about this later.

Meditation, on the other hand, with and without tech has been sitting in my notes for quite some time, so here it goes.

Way back in issue #9 I discussed how mindfulness can improve our health. Although I don’t meditate anywhere near regularly, I am a supporter of practising it. And especially practising it with a smartphone app such as Headspace, Calm and others. Now, my view has slightly changed and I’ll discuss both sides of it.

Today’s meditation apps include not only the mentioned Headspace and Calm, but also Waking Up and 10% Happier. The overall impression I got during the time I used them (mostly Headspace, which was my favourite) was very positive. It gives you a reason to meditate, guides you through each session and in general does a lot of good.

For someone who wants to just start meditating for fun, maybe just try it, this is perfect. You don’t have to spend a ton of money on expensive TM courses (covered later), but you still get many benefits from it. You learn to listen to your thoughts, calm down and relax even in the most hectic of moments.

They (all the apps) even extend their sessions into such that might improve sleep. The public is slowly shifting away from the mindset that sleep is a waste of time, quite the opposite. It’s only right, in my opinion, to also offer one way to improve your sleep, even if that’s not always the case.

However, these apps can’t be considered true meditation courses. It’s more “getting to know meditation” type of thing. The people behind them are usually monks (Andy Puddicombe) and people trained in meditation. But they went through extensive courses and are practising for years. This tells us an app can’t be an alternative. It’s mostly a way to make money, but what isn’t.

The other side of the spectrum is app-less meditation. Now, if someone can tell you to count your breaths via an app, I’m pretty sure you can also do it on your own. Or maybe not. In that case, you might need to practise without it, since meditation is in essence the art of doing nothing and being calm.

Naval Ravikant, not a big name in the meditation sphere, but worth listening to about how to live life. Here’s an interesting discussion he had with Joe Rogan on his podcast. It’s about how and why to meditate (and meditate without an app):

There’s also a type of meditation called transcendental meditation (TM), which I believe is the one Naval talks about in this video. It’s taught one-on-one and there’s no app or book for it. Visit their website.

Tech is not always best.

“Photoplethysmography (PPG) is a non-invasive optical technique that detects blood flow changes through a vascular bed.” It’s used in a clinical setting to measure heart rate (HR) and oxygen saturation. Nowadays, almost every smartwatch also has it. This has huge implications for collecting data about people’s health.

The paper published in Nature Medicine is pretty awesome. It evaluates the use of a PPG to measure blood glucose concentration and detect diabetes way earlier and in huge numbers of people. How is this possible?

Multiple factors are connected to diabetes and if we can analyse them, we can potentially detect people with diabetes:

All of this has to be analysed to detect people with early signs of diabetes and this is done with a deep neural network (DNN). This DNN system considers all the PPG data and determines whether an individual has or doesn’t have diabetes.

The most important feature of this model of detecting diabetes is that it’s scalable. Anyone with a smartphone can participate in measuring variables that detect diabetes. Furthermore, it’s non-invasive, painless and thus more attractive. Since screening for diabetes is currently not recommended, this is the best option there is. Those with signs of diabetes are then treated clinically.

No study or approach is without its limitations. The number one that comes to mind is the ownership of smartphones. This model may miss people that have lower socioeconomic status or those that aren’t as literate in tech. Presumably, this would also miss older people.

This digital biomarker is an innovative solution that's probably the best thing we have for early detection of diabetes. Of course, as with every new approach, it needs validation and improvement, but it’s a start and that’s most important. 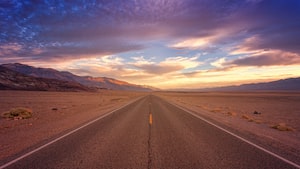 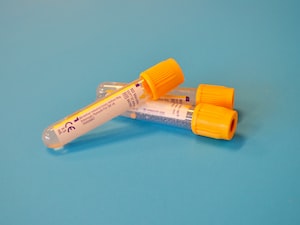 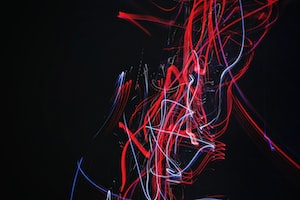