The purpose of this issue is to give you a brief overview of Web3 and what its potentials are in healthcare. Understand that this is still very early and that any healthcare applications are rather speculative.

But anyway. I have to make an introduction to Web3, so we all have a basic understanding of it. It's as important to understand what it's all about as it is to understand how it applies to healthcare.

As some of you may remember from issue #40, the development of healthcare went (and is going) through phases. We’re currently transitioning to healthcare 4.0 with personalised approaches and advanced use of technology.

The web also went through phases:

We’re currently deep within Web 2.0 with some indications of transitioning to Web3. If it turns out this is the way it will develop, it’s an exciting time!

If you read anything about Web3, everyone is connecting it to blockchain and cryptocurrency.

In Web3, everyone would own a digital wallet. This digital wallet (not built by a corporation, but by an open-source community such as Rainbow) is an interface for representing the data stored in the blockchain. As long as the data is stored on the blockchain, it can be visualised with any wallet of your choice.

You can try how this works today. There are quite a few applications that let you sign in with your wallet and interact with it. One example is Mirror, which is one of the first platforms for sharing content on Web3. I’m pretty excited about it, so you can check out my profile here.

You can easily start a blog with it. As you can on Medium. But the difference is that you 100% own your content.

I could start publishing Medical Notes on Mirror if I wanted to.🤷‍♂️

As expected, the most significant idea of Web3 for healthcare is data ownership. For example, if you decide to test your DNA with any of today’s providers (like 23andMe), you’re giving your genetic data to a company. You first pay them to use their product/service and then give them your intimate data, which they can make money from.

In today’s healthcare, someone else owns your medical data, although it’s intimately yours. It’s debatable if you’re a true owner of it. But luckily, in the case of healthcare, the data is securely owned by parties that won’t use it to their advantage.

A remarkable example is Estonia, where they already implemented blockchain to log access to people’s medical records. This is one way to improve patient data ownership.

Web3 and blockchain can reverse this “flow”. Patients (or customers) might still pay for products/services, but they would be in complete control of the data. Like on your blog on Mirror.

This is the last topic I thought I’d cover in this newsletter. I see why people are attracted to NFT art - it’s collectibles, community, and ownership. I don’t think NFT artworks are bad. But I think the prices of some are absurd and don’t solve any real problems.

Yet, they’re great for building communities, and it was just a matter of time before a medical community was born out of NFTs. An example is ApeDocs.

An NFT is nothing else than a certificate that confirms you’re an owner of something. It doesn’t store any data, it just tells everyone else you own it.

I stumbled upon a great article by The Medical Futurist, which presents an idea for using NFTs in healthcare. That’s when it started making sense to me and I started believing they might serve a greater purpose.

Medical data from your examinations would be minted as NFTs - not to be sold as pictures like this X-Ray, but to be tracked, owned and even monetised. You could see exactly where your data is used and decide where you want it to be used or not.

Let’s say a research group needs your lab results from an examination you did last week. If they determined you fit their inclusion criteria, they would have to ask you to use your data - and you’d have to confirm via your wallet. And if they received funding for the research, you could even make some money for allowing your data to be used.

Apart from knowing exactly how your data is used (and maybe even monetise it), this would also ensure greater clinical trial transparency.

You have to look beyond JPEGs for NFTs to solve real problems.

I presume this is all a little confusing. I had a hard time understanding Web3 as well, until I started using it. For me, the easiest way was to create a wallet, interact with apps such as Mirror and buy a low-cost NFT (which was not the best experience).

I learned a lot, including many problems.

Firstly, most NFTs (artworks) today are minted on Ethereum. It’s the second most popular blockchain and is exciting for Web3 as it easily allows building apps on top of it. But the concern, from a user standpoint, is that it’s not cheap. Every transaction costs quite a lot of money (minting an NFT can cost $100), which in my opinion makes it unusable for an average patient. Fortunately, solutions are coming.

Secondly, transaction fees are a reward for miners that keep the blockchain running (also called gas fees). But there are only so many miners out there and the network can become congested, causing it to slow down. If you need a transaction quickly in a congested network, you’d have to pay even higher fees. That makes it (currently) unusable for healthcare.

Thirdly, owning data on Web3 means being fully responsible for it. Today, 23andMe is responsible for your genetic data. If they get hacked, they’re the ones who have to deal with it. The upside of companies storing your data is that you don’t have to care much for it. But if you own all of your medical data on your wallet and accidentally change permissions or god-forbid lose it, it’s on you.

It’s the same as the stories you hear about people, who lost their bitcoin wallets that would make them millionaires today.

I’m sure there are more (like consuming as much energy as entire countries), but this is what I experienced when I used some Web3 apps.

A nice resource to learn more specifics about it is this website.

Otherwise, the whole Web3 idea seems interesting, and I’m excited to see how it develops! 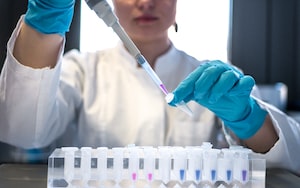 Trends in Medical Research of Blockchain 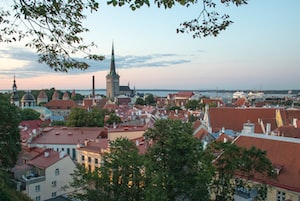 Estonia’s Case for the Digital Health Capital of the World